Flagging Ireland is a 52-page full colour publication (August 2015) by the Genealogical Society of Ireland, edited by Stan Zamyatin. It deals with the design and use of flags in Ireland, north and south. It is intended for use by school;s, colleges, sporting clubs and local communities to assist them in the design, manufacture and use of flags. This guide takes the reader through the steps to create a wonderfully vibrant and visible representation of the unique local identities of communities and groups.
Price €15 p&p (Ireland €2.50, Overseas €8.00) Click below to purchase one copy
If you need multiple copies, send an email to membership@familyhistory.ie 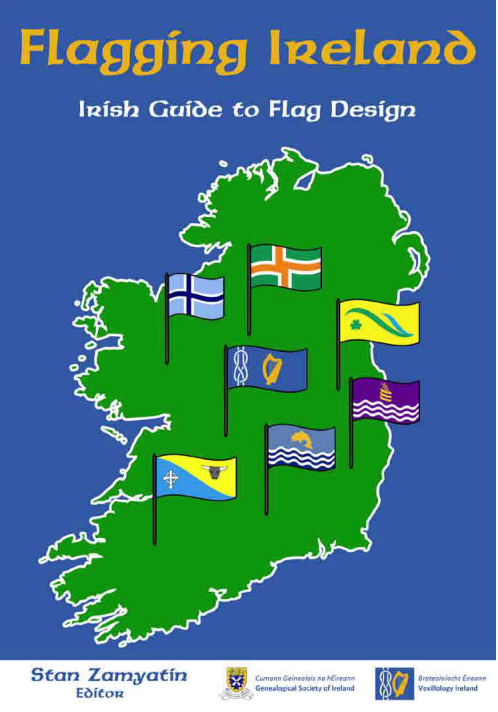 “Twice Built”, is the second book from Tom Conlon, Director, GSI. (His first book “Victorian Dun Laoghaire – a town divided” was reviewed in the Society’s June 2016 edition of the Gazette.). Twice Built deals with the construction of the Catholic church in Monkstown, Dublin in the years 1861-66. It
reveals much about the power of individual priests at the time, and their relationship with the bishops, parishioners, and society in general. But on this occasion, the parishioners got their way – at a cost!

There’s a clue in the title suggesting that the construction did not go according to plan. Canon Bartholomew Sheridan, the long-serving PP of Kingstown had been the great builder of churches in south-east Dublin, having completed 5 churches before St Patrick’s. In May 1862 he died “unlamented” in May 1862 when his church at Monkstown was nearing completion. The book details the sequence of events which followed. Today’s church bears no resemblance to that constructed by Canon Sheridan.

“Twice Built”, published by the Genealogical Society of Ireland on behalf of the author. Profits from the sale of this book will go towards parish funds including the upkeep of the church.

It is on sale in Hewetts newsagency, Monkstown and in bookshops in the Monkstown, Blackrock and Dún Laoghaire area. All enquiries to tom.conlon@gmail.com 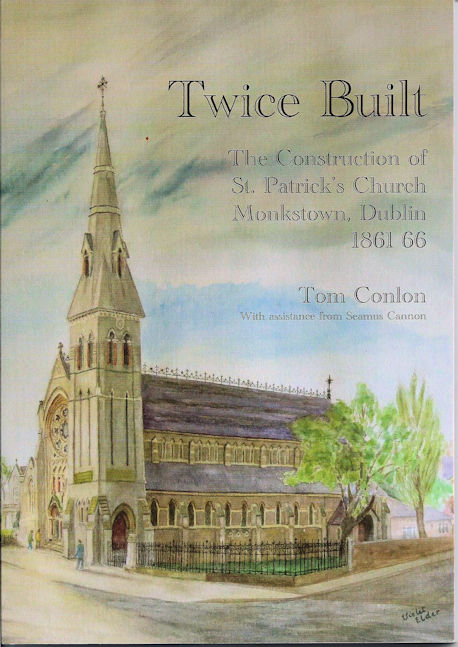